The Nickel Boys, by Colson Whitehead

There are great injustices in America, and though some are long past, it's important that we remember them so as to not repeat them. It takes authors like Colson Whitehead to bring these issues to our attention, circumstances that existed but perhaps we missed them in the news, or they were never reported on at all. This heartbreaking, brief novel is based on the true story of the Dozier School for Boys in Florida. The school in this book is called Nickel, and I use the word school extremely loosely. This is where they send kids who messed up, but not quite bad enough for juvenile hall. It's a reform school, meant to take naughty boys and mold them into upstanding men. In Florida in the 1960s, the school houses both black and white students, though they are of course segregated.

From the start, we know that this school was bad news. Three years after it closed, an unmarked cemetery is discovered by archaeology students and the truth of what went on at Nickel becomes public, though the students had been talking about it for years. We learn about these horrors mostly through the eyes of Elwood Curtis. Elwood is a young black boy living with his grandmother; he is well-behaved and smart, certain that he will go to college and make something of himself. He stays out of trouble despite hard circumstances and adores Martin Luther King, Jr., until he's caught up in something he had nothing to do with and is sent to Nickel to be "reformed." The boys at the school aren't like him: habitual troublemakers, mostly illiterate, abused by parents and now by their supposed caretakers, they are destined only to adulthoods full of failure. Their paths didn't necessarily lead that way before Nickel, but they invariably did after.

Whitehead's work to reveal the pernicious evil of places like Nickel and Dozier is admirable and necessary. We are, he says, the creator of our own disease. Power corrupts, and the helpless people underfoot - people of color, women, children - take the brunt of the damage. People make mistakes and can be saved, but they cannot be saved by violence. Removing a person's personhood, stripping them of their dignity, does not create meek men; it creates monsters, and the ones who manage not to go down that road are few and far between.

Preorder this from an indie bookstore! 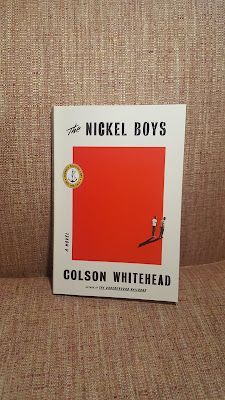