How can it be possible, to have such gorgeous, beautiful writing about nature in the same book as some of the most lascivious, hilarious, and foulmouthed insults I've read since Christopher Moore? I really don't know, but Buxton has managed to write a true gem of a novel that is both of these things at the same time, and it's such a treat to read.

Shit Turd, affectionately known as S.T., is a domesticated crow. He loves Cheetos and the History Channel, and his MoFo (human) Big Jim. But something's happened to Big Jim; he's lethargic and antisocial, even with S.T. and their bloodhound roommate Dennis. Plus there's that whole episode where his eyeball fell out... S.T.'s attempts to snap Big Jim out of it leads to wider knowledge of a world that has fallen apart. The streets of Seattle are not the busy thoroughfares they used to be, but instead a violent domain of crashed cars. MoFos are few and far between, but the ones S.T. and Dennis do find are no longer what they used to be. And the natural world is taking over with a vengeance. Though S.T. has rarely deigned to converse with his fellow animals, he's now forced to tap into that network of gossip and knowledge to try and figure out what's going on.

The book is uproariously funny, particularly through S.T.'s exceptionally sarcastic outlook on life. The descriptions of other animals are evocative and hilarious, each species given defining traits like sexual deviance (squirrels) or narcissism (cats). But additionally the love of nature here is effulgent, and no one is left out. Trees, grass, earthworms all play their part in Mother Nature's grand scheme, the biggest animals no greater than the smaller ones, and a return to pure nature levels all playing fields. As S.T. gets back in touch with his corvid roots, albeit reluctantly, we see how humans, though disruptive, are a part of all this too. The novel, as well as being a roaring good read, is a call to action, even if that action is just listening to the world around us a little bit more deeply. 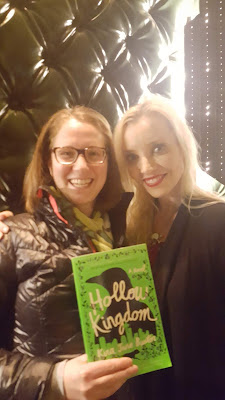 And yes, I'm aware of how doofy I look in this picture...oh well.
Email Post